Software is eating the world and disrupting the business models of traditional industries. In this essay, we discuss why hardware (or physical assets) imposes constraints to the disruptive nature of software startups with the failure of sustainable unit economics.

In the past year, we have seen the next wave of upstart companies such as Uber and Lyft have gone public with valuations higher than what their predecessors have imagined. At the same time, we saw the disastrous attempt by Wework to go public, taking their valuation from 60-70 billion down to the 5-8 billion. While we read about the excesses and follies of the founders of these companies like tabloid gossip, we have not really grasped why these companies have failed to live up to their promise.

It is not surprising that there have been naysayers and critics out there who have questioned both the unit economics and viability of the valuations presented by these companies. So what has happened? Here is what this short note seeks to address. I have an underlying conjecture to why these companies has failed to meet their expected valuations and promise to their investors.

The easiest way to articulate this is the following: software is eating the world according to Marc Andreessen but software faces a challenge when they start integrating with physical assets. While the market opportunity promoted by the venture capitalists looks really huge, the unit economics of these companies are not able to justify how that market opportunity can be reached.

but software faces a challenge when they start integrating with physical assets. While the market opportunity promoted by the venture capitalists looks really huge, the unit economics of these companies are not able to justify how that market opportunity can be reached.

The best way to think of this is to compare companies that have achieved success in the last decade versus those who have reached astronomical valuations and gone public recently. In the last decade, Facebook, Google, Salesforce and Netflix are examples of companies which have achieved success in the market. The reason for their success lies in three components: huge market size, clearly articulated and robust unit economics and network effects. Once all three conditions are met, you can see why they have became powerful companies who many would love and hate at the same time. Contrast to Uber, Wework and many of the up and coming companies that requires to interact with atoms from physical assets to human beings, only two out of the three conditions are met. Companies like Uber and Wework met the conditions of huge market size (which the venture capitalists will love to have) and network effects, where once you are the top of the pack, it is impossible for the rest to catch up with you. However, the one thing which they cannot justify is the unit economics of the business. The unit economics impact the business model by answering whether these companies are sustainable. Till today, Uber and Lyft are running at massive losses.

Why is that so? The problem lies with the fact that they need to sustain their competitive advantage of network effects. In doing so, these companies have a high marketing cost, that rakes up the huge losses with the acquisition of new supply in the form of human drivers or physical assets and retention of the existing demand and supply. If Uber and Lyft raises prices today to stop the bleeding, the customers will have no where to go except going back to the old days where taxis reigned. It is in my belief that this is the likely scenario moving ahead. Anecdotally, during my recent trip in San Francisco, I have heard from many that their costs of their current rides are beginning to increase.

We have seen this before. In the days of the dot com boom and bust, we see a rise of companies which are made up of great ideas but they failed with the unit economics and network effects. It took another decade for the same set of so called “bad ideas” to become viable with the right business models. What is happening to Uber and Lyft and these big unicorns with huge valuations and business models tied to business assets, is similar to what we have seen in the dot com bust. The gigantic valuations failed the smell test of unit economics and consequently, their business models are not viable in the long run. History does not repeat itself but it rhymes. It just means that there will come a time where a similar set of companies will rise only with the right unit economics. For the dot com companies that failed in the 1997-2004 era to work, technologies such as cloud computing and mobile operating systems are the enablers that justify the unit economics and made it work. Similarly, there exists a path where the costs of these physical assets should be reduced with the help of technology.

Let me add one more complexity to the problem which these fast growing startups need to solve. Most of these companies such as Airbnb and Uber touches physical assets and these physical assets have a cost. In order to ensure that they can justify their high valuation and market opportunity, they went on the path to be vertically integrated. In order not to be held hostage by the network of the assets that make their business work (and allowing them to grow and make losses), they resorted to go deep by buying fleets and integrating into the supply chain. The asset light model which they have used to justify their existence have morphed into asset heavy, which explained why they need so much money. In doing this, they recalibrated the value of the assets and consequently driving down their prices that are not sustainable which traditional spaces in the same sector would be able to afford.

The next thing to realize is that hardware is not as malleable as software. If you are a hardware startup without thinking of how to leverage the unit economics of software to help you, you are in deep trouble because anyone in China can replicate your hardware even if you have patented it. Unless your company is Apple and have the capability to own all the materials which your competitors cannot get their hands on, it is not possible to make hardware work without thinking of business models associated with software. Similarly, when software enters into hardware, you get the same problem in reverse.

It’s easier to explain this with a simple example. There was a time when I was in the logistics business. In this business, the way to think about the unit economics of last mile delivery is the cost per delivery by a medium (a driver, a parcel locker) from point A to point B. In Singapore, the unit cost of each delivery is $x (and don’t expect me to reveal the number). The traditional logistics companies usually charges 1.1 times of $x, but the on demand startups similar to Uber coming into logistics, charges 0.9 times of $x, making the business model not sustainable. I was lucky that the logistics business which I was working for, are trying to work out how disruption will kill us. We went back and forth internally to argue out whether the unit economics will work. We betted that it did not and stuck to the $1.1x pricing, and eventually we won it out because the companies that bled, failed the customer experience and the unit economics at the same time, and hence not able to achieve the network effects. That is the reason why last mile delivery is not disrupted in different markets. What the VCs don’t realize is that the on-demand logistics startups have not broken the unit economics of a last mile delivery down to the price of the medium, the human labor cost and the other peripheral costs associated with it such as petrol prices.

The way that we should think about this, is that physical assets impose constraints to the business, similarly to the venture capital business. I like to explain this in the following way: we can definitely invent space ships, time machines and warp drives because the laws of physics allow them to exist, but the cost that requires these out of the blue technologies exist don’t just decrease with throwing money at the problem. That’s no way at this moment, that you can invent a spaceship with throwing trillions to try to make a warp drive work, but the energy demand just made it impossible. Hence, entrepreneurs need to understand that physical assets obeys the law of physics and business gravity, while the investors need to get a better hold on the costs involved.

In this essay, I discuss the skill of indexing after reading books specific to the field which I want to learn more and have the ability to remember key strategic decisions that will change the battles in a business war.

While I have no ideas at the moment, I have a mental model in what kind of company that I want to build. In this essay, I share my “secret plan” to what & how this startup will look like in the future. 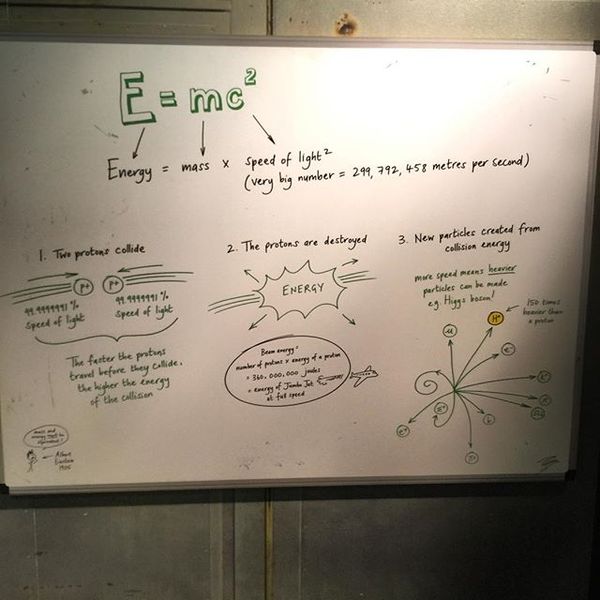 In this essay, I explain how these laws of thermodynamics have offered me perspectives to think analogously on communication, truth and media.